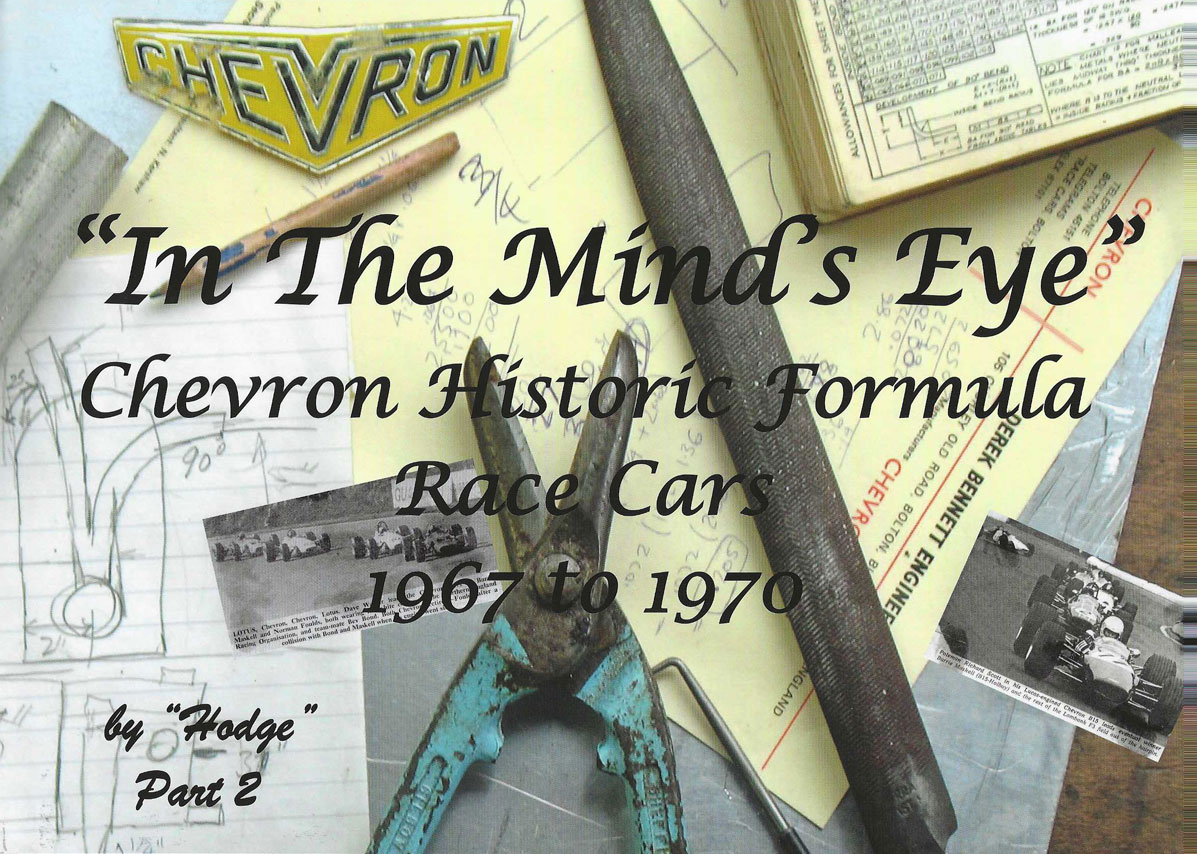 In the Mind’s Eye

In the late 1960’s a young engineer worked at the Chevron factory in Bolton. His name was Kevin Hodgkinson and he fell in love with the cars he was building. Later he lived a dream when he owned one of those cars – a Chevron B17 – and used the car in hillclimb and sprint events.

Kevin has an encyclopaedic knowledge of the early Chevron single seat race cars and in 2009 he published “In The Mind’s Eye: Chevron Classic Formula Race Cars 1967 – 1970”. The book rapidly sold out.

Kevin has now updated the book with additional content and the second edition of the book is now exclusively available from Chevron Heritage. It details every single seat racing car coming out of the Chevron factory in that period.